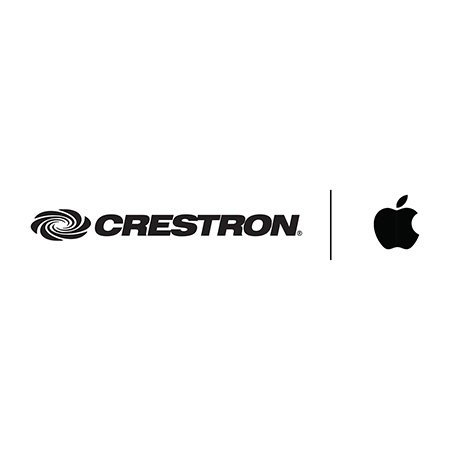 Crestron’s display followed on from a similar demonstration by Savant, which we wrote about on this very blog last week. Crestron’s demo differed slightly, however, in that it showed its implementation at ISE. Savant displayed a new on screen display but did not illustrate two-way IP control.

Crestron demonstrated how a Crestron remote could be used to access content and services from Apple TV as if it were a native Apple remote with Siri. The remote in question was the company’s TSR-310 model, for which they recently launched a new user interface.

It was Crestron vice president, John Clancy, who performed the demonstration at ISE 2019. He used the TSR-310 to verbally instruct an Apple TV to play YouTube videos. The whole process was smooth and took just a handful of seconds.

‘When we were installing Apple TVs for customers, we kind of removed that great feature of voice control. This gives that back to them.’

Crestron uses its own voice server for system-wide controls via the remote. Now, when a user selects Apple TV as a source, voice commands are “commandeered” to Siri. Onscreen, an Apple logo appears, rather than a Crestron logo when the voice button is pressed.

If you would like to discuss your requirements for Crestron home automation solutions please call us on 0800 195 4825.